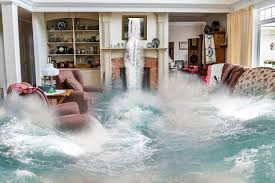 Water damage can cost thousands of dollars and it is the most commonly claimed home insurance offer. It is the most frequent insurance claim and impacts 1 of 50 homeowners every year. Water damage is usually caused by storms, floods, or even frozen pipes.

Water damage may be the most common insurance claim out there but that does not mean all types of water damage are covered. There are only a handful of valid water damage types and these are:

Certain leaks will also be covered only if the root of the problem is entirely accidental. One example are burst pipes. These will most likely be covered by homeowners insurance. But gradual leaks that happen over a period of time, won't.

Some homeowners insurance policies may also cover the damages that results from burst pipes. For example, a burst pipe may cause a wall to collapse. This will be covered by insurance.

The thing to remember about invalid water damages are the ones caused by gradual leaks. These leaks are there for a period of time and are not accidents. The homeowner is responsible for spotting it and repairing it. Insurance will not cover this.

There are many commonly occurring gradual damages which are not covered by insurance such as:

These are the most basic types of water damage that a homeowner must keep in mind. Water damages caused by accidents will be covered, water damage caused by negligence won't.
PRINT
No Internet Connection